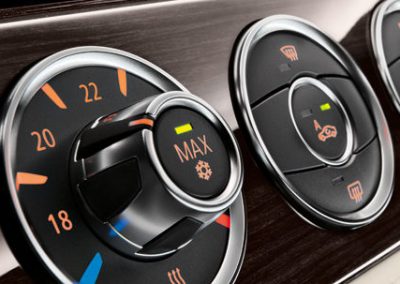 As summer and fall fleet away and stretches into winter, most drivers aren’t very concerned about their car’s heater. Because if it worked last year, why wouldn’t it work this year? Well, life tends to throw curveballs at you, and guess what, there is a chance that your heater will need some service to correctly.

Your car’s heating systems consist of a heater core, a heater fan, the car’s coolant system, and your HVAC controls. As hot coolant is drawn into the heater core, the heater fan, controlled by the HVAC controls, blows that heat into the cabin as the cooled coolant returns to the system. Though a simple system, several issues can arise, causing your heating system not to function correctly.

As with any faulty object, any of a host of reasons can prove to be the leading culprit. To better diagnose your car’s on-the-fritz heating system, let’s get into the reasons it can go wrong.

While you may be getting hot coolant/antifreeze into the heater core, the heater fan, the part that blows the heat into the cabin, can break or suffer an electrical short.

Occurring less often than the above issues, debris and particulates that make it into the coolant system can clog your heater core. This can happen when radiator rust from the inside or debris gets through the radiator and lodges itself into the heater core. Either way, you’re looking at refurbishing your heater core or straight-up replacing it.

A broken thermostat is one of the most common causes of your car’s HVAC system not working correctly. If the thermostat gets stuck open or closed, it can not only cause issues with your heat but also your engine’s cooling system. Now you not only don’t have the ability to drive comfortably but you could also ruin you engine.

The second-most common issue is low antifreeze or coolant. When your coolant/antifreeze levels drop, the hot fluid can’t make it to the heater core, and thus, your cabin remains chilly. It can occur if the engine is working too hard and overheats or it isn’t filled.

This one is relatively simple; if your radiator is leaking, it could prevent coolant from reaching your heater core and could damage your engine, at worst.

Simply put, the fancy buttons, dials, knobs, or touchscreens may not be triggering the heating system. Shorts, broken dials, and bad touchscreens can all lead to malfunctions that prevent your heater from working.

Similar to your broken HVAC controls, your car’s wiring could be broken or have a short in it. Usually, it would mean the heater isn’t triggered when the driver commands it to function. Not good.

If you have more questions about having your heating and cooling system checked before the cold weather sets in, give us a call at Kingdom Auto Repair.