What is the Difference between a Two-Stroke and a Four-Stroke Engine? 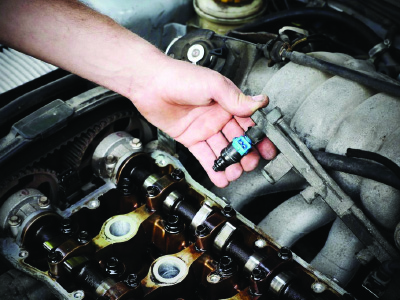 The main difference is the way of movement of the crankshaft and piston in the engine. Automotive engines are kept on changing over the years, but still, two main gasoline-powered combustion engine designs remain the same which are the two-stroke and the four-stroke. Here we will have the topic for discussing the engines and also the difference between two-stroke and four-stroke engines.

The first difference is that the spark plugs fire once every revolution in a two-stroke engine and fire every other process in a four-stroke engine. A course is one set of four strokes. Four-stroke machines allow each stroke to happen independently. A two-stroke engine requires the four processes to occur in a downward and upward stroke, which gives the two-stroke its name.

Another difference is that two-stroke engines don’t need valves because intake and exhaust are part of the piston’s compression and combustion. Instead, there is an exhaust port in the combustion chamber.

Two-stroke engines do not have a separate chamber for the oil, so it must be mixed with the fuel in proper amounts. The specific ratio depends on the vehicle and is found in the owner’s manual. Two of the most common rates are 50:1 and 32:1, with the 50 and 32 referring to the amount of gasoline to one part of the oil. A four-stroke engine has a separate compartment for the oil and doesn’t require mixing. This is one of the easiest ways to tell the difference between the two types of engines.

Engines are complicated, whether they are two-stroke or four-stroke engines, are complicated. There are many questions that you may have about your vehicle. We are here to help! Our trained mechanics at Kingdom Auto Repair are here to assist you.